Around the World with Paul Askew

During this unusual time when travel can seem like a distant memory, we're wont to retreat into reminiscences of holidays gone by. Chef Paul Askew has made no secret of his past adventures in getting to know other cultures and how this has influenced him. To help nourish your ravenous travel bug with a few tasty delights, Chef Askew takes us on a journey to revisit his favourite corners of the world. Starting with his first sojourns overseas, we touch down briefly in Dubai before landing in Paul’s home from home, Singapore.

It was at just 11 years old that the young Chef Askew was put on a plane “with a sign on my lapel, you know, like Paddington Bear” for his first ever long-haul flight to the United Arab Emirates. His father was stationed there in Dubai establishing a container port for Blue Star Lines. With understandable trepidation mixed with a growing excitement, Paul took his first steps into a new world that would awaken a curiosity that was never to be satiated. Memories of markets or “souqs” resplendent with aromatic spices that challenged his early interpretations of food. A fascination with the preparation of fish, selecting vegetables and tasting new flavour combinations was the first stage in a relationship that was to last a lifetime.

“I think because your mind at a younger age is much more, you’re like a sponge, aren’t you?… Everything you see and experience gets logged…Because the ingredients were very, very different to what I had seen the UK, you’re exposed to this… a sort of Aladdin’s cave of colour, noise, smells and it challenges you, but it also invigorates you.” 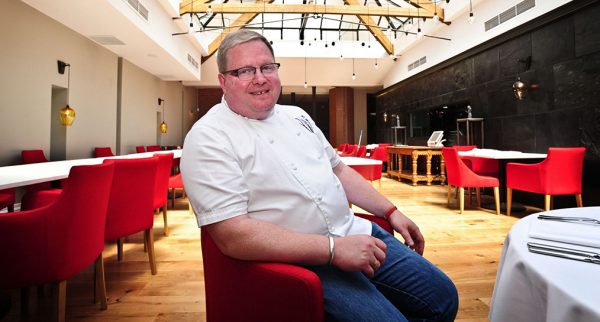 These early cultural experiences as well as mixing with schoolmates from around the world influenced not only his latent culinary prowess but also his character as a whole:

“Travel is a great educational experience in every way…The first thing you will learn is how people behave, how other people’s cultures are in comparison to your own. I think you become much more broadminded and accepting of other people being different and wanting to do things a different way.

“What I think it does to you to be exposed at an early age, it just starts that educational process a lot earlier.”

In order to fully grasp the essence of a new culture and its people, Paul urges us to embrace the local way of life:

“Wherever you go, go eat where the locals eat, go to the markets where the locals go. Experience that. Drink the drink with the national dish, the identity of that area, and you will learn very quickly about a place and about its people.” 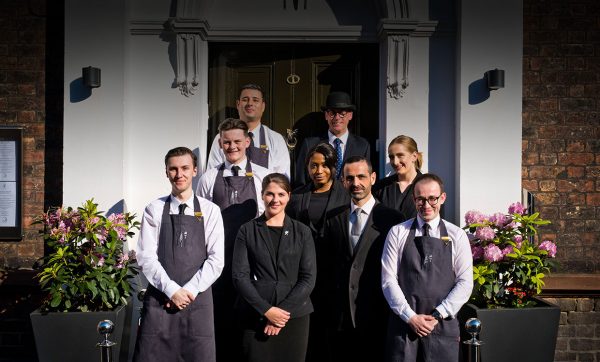 His advice isn’t just for eager tourists, but for beginner chefs too. For aspiring cooks, it’s the pairing of essential French classic training techniques and getting to know other cultures and their distinctive flavour profiles which makes for a winning formula:

“In terms of the cheffing trade alone, travel is still a massively important thing, and the reason I say that is because it opens your mind to why those dishes were created and why those flavour profiles exist. For me personally, I was classically French trained at college so most of my cuisine originates from classic French methods, which I strongly believe in now…

Travel makes you adapt these culinary skills and techniques that you’ve learnt and you adapt the local ingredient. And the local climate, style of food, influence, whatever, you bring that into your food.”

“What happens to a chef is that you do your travels, you do your training and every kitchen that you work in, you take little pieces of that chef or that style wherever you’re working, whatever you’re experiencing and that becomes part of you.” 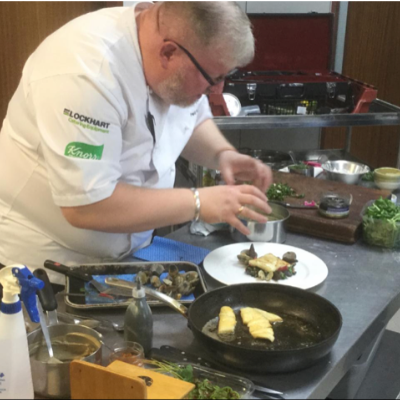 From Paul’s point of view, travel is an essential aid in the young chef’s toolkit: “I honestly don’t believe that a chef who hasn’t travelled will be as good as someone who has.”

Paul encourages those hoping to join the ranks of great culinary masters to travel, work abroad, find out about another culture and then bring what they’ve learnt back to their home city:

“Obviously I’m slightly biased but I want young chefs to go away and experience these things, and then come back to Liverpool and apply their trade to make us a more cosmopolitan, more international-feel city, and obviously drive standards. It’s all about the pursuit of quality at the end of the day for me.”

For that 11-year-old emerging onto terra firma, his enviable travelling adventures where only just beginning to unfold, yet have supplied a plethora of experiences that have stayed with him ever since.

At the time, Dubai was just becoming “its own little melting pot of the Middle East” with an enticing selection of foods from overseas mixed with traditional Arabic fare. Influences from India, Pakistan, Persia, Bangladesh, New Zealand, Australia as well as Britain made Dubai a cultural gold mine even before its explosive growth facilitated by the discovery of oil. The country’s arid climate led to a reliance on goods from abroad and meant it was looking outward to the rest of the world prior to it becoming a tourist hotspot.

It was in Dubai that Paul had his first taste of cooking when an Indian chef in Dubai introduced him to Biryani. This was to be a meal for his school friends attending his 13th birthday party:

“[It] was the first dish I ever cooked properly for a group of people… And if I’m honest I got more pleasure out of the cooking part and being in the kitchen and having a crafty beer with the chef than I did at my own party.” 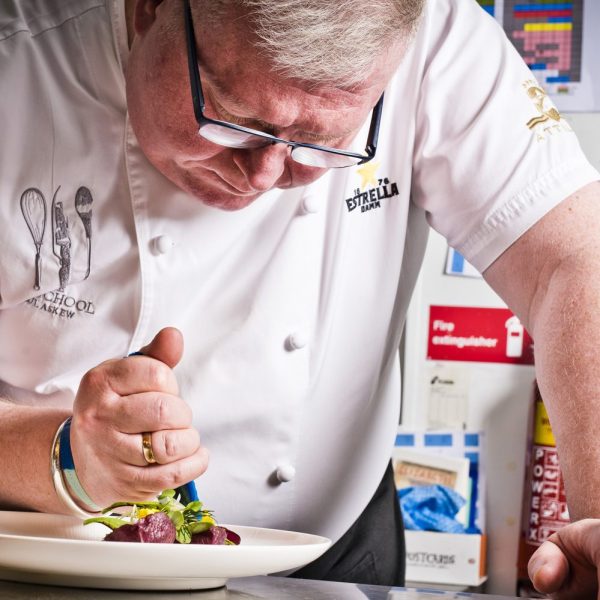 As was characteristic of Bill Askew’s line of work, it was soon time to move on to pastures new. Paul was sent back to England to continue his schooling in the UK while his father was posted to Singapore. That wasn’t the end of the foodie fact-finding mission, however, since Paul got to spend the school holidays with his parents in their new location.

“The flavours in Singapore are even more diverse. You’ve got Malay, you’ve got Indian, you’ve got, again, the massive colonial Chinese influence, obviously, then you’ve also got Japanese, Thai… It’s just incredible the diversity of flavours there.”

A city-state at the tip of the Malay Peninsula, its 5 million inhabitants depend on neighbouring Indonesia for the majority of their food provisions. Yet their devotion to quality in sourcing and preparing their imports is second to none. Food is not just about sustenance; it’s a way of life.

“Their culture of food revolves very much around the hawker centres whereby you’ll have a central seating area and then round the outside are all sorts of different stalls… One stall will be a seafood specialist so they’ll be doing chilli crab and skate wing and prawns… One stall just doing the butter chicken and rice, which is sort of their national dish. Then you’ll have one stall just doing satay… So, you’ve got the best satay that you can get, you’ve got the best chilli crab and you’ll sit there and you’ve got your own little banquet laid out on the table.”

Taking pleasure in good food is intertwined with the sociable culture that we often associate with hotter climates:

“A lot of people like to go out in the evening when it’s a bit cooler and sit outside and have a tiger beer and tell stories and it all revolves around food and drink, which is fantastic.”

Of course, it’s not just in the hawker centres where you find an unbeatable edible experience. One memory etched in Paul’s heart is the first time he tried satay, served on the street and prepared by a boy of just ten or eleven, selling sticks of chicken with a peanut satay dipping sauce. This has established a long-lasting ritual Paul maintains to this day.

“The first thing I do when I get to Singapore is… I find a hawker centre that does fresh satay, a tiger [beer], and I’ll sit there and I always toast my mum and dad.”

Other cultures provide the backdrop for great recollections because of the novelty and the emotional connotations accompanying them. We know that a taste or a scent can evoke a long-forgotten event, but can a similar sensory experience be recreated back home? Put simply, can a satay dish in the UK compete with those perfect remembrances? 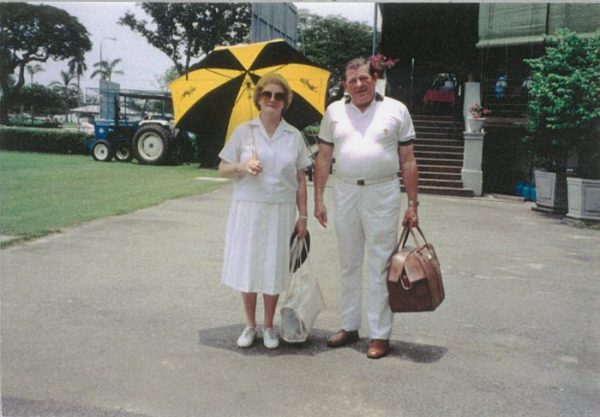 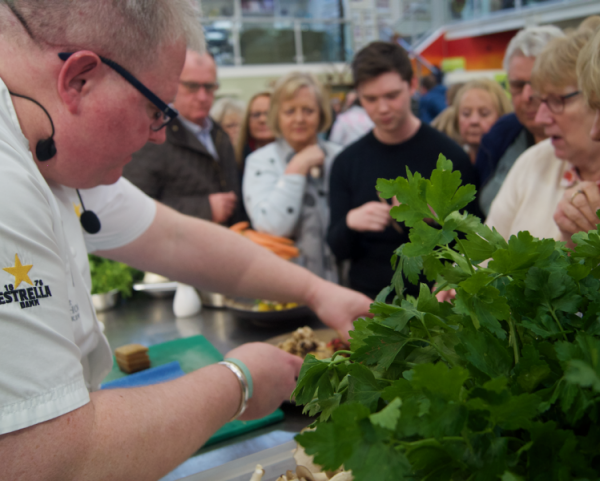 “I would say that yes, we could replicate the flavours of the satay and we cook it on the barbecue outside and it would taste wonderful, but it still wouldn’t be the same because you’re not in Singapore…

If I was cooking satay, I would want to somehow translate the emotion that it gives me and the pleasure that it gives me into the flavour in those little sticks of satay as I’m cooking it or giving it out.  So maybe people would remember ‘Oh well that’s the time we went to see Porky Askew at wherever’

“Even when I’m writing a menu for The Art School, I’m thinking ‘How is that going to be received? How will that resonate with them and make them want to come back and taste that again at The Art School? What are the details that we can put in to make them feel energised and emotional about the food and the connection?”

As well as confessing that he might be giving away too many of his trade secrets during this very candid conversation, he reveals that a chef puts a little piece of his heart on each plate – Something to bear in mind next time you sit down in a beloved restaurant.

Besides passion and dedication, there was no shortage of encouragement chez Askew, his family life proving very fertile ground for Paul’s new interest. As it was part of father Bill’s latest post to entertain ships’ crews and business executives, Paul’s Singapore home was very much like a hotel. “Every day there seemed to be another group of people coming through and [my father] had his own bar set up in the house.”

The role meant that they were able to hire a maid to help with preparing meals for the abundance of guests. In this maid, Paul found his first mentor who taught him fried rice and other dishes. “Shopping, chopping and getting it all ready” were to become his chief occupation before sitting down to take in the convivial atmosphere of his father’s parties. This love of entertainment is in the Askew blood and has manifested itself in The Art School Restaurant. As he writes in his book, Onwards & Upwards:

“Even family gatherings were like that. It all revolved around food and a good shindig. I loved that. For me, one of life’s true pleasures is sharing great food, great drink and good company…We are there to ensure our guests at the table have a great time, not the other way around.” 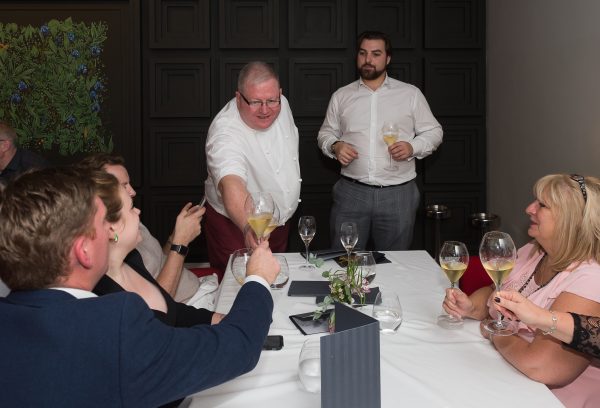 Other than the food, Singapore elicits a particular admiration from Paul for many other reasons. The Lonely Planet’s Travel Book sums up the nation in one word: “kiasu,” meaning “fear of losing”. So, does Paul agree?

Singapore is a futuristic city, but with a warm regard for colonial culture, remnants from a colourful past. An appreciation for old traditions and innovation epitomises Paul’s own cooking style, so it’s easy to see why Singapore has stolen his heart: “It’s such a great example of how your quintessential British attitude can merge with the dynamism…It’s just incredible of Asia to create these places.”

In the next chapter, we follow Paul to upstate New York and discover connections to Le Grand Conseil du Vin de Bordeaux as an ambassador for Bordeaux Wine.