Paul Askew is Chef Patron of The Art School in Liverpool, now in its 5th year of business following its launch in September 2014. During the 12 years prior to The Art School’s opening, Paul was the Food & Beverage Director at The London Carriage Works in Liverpool, where he and the team helped to build the city’s reputation for gastronomic excellence by opening its first boutique hotel with a fine-dining restaurant.

With almost 4 decades of experience working in the restaurant industry, Paul has a firm reputation as a pioneer of excellent modern British cuisine, as well as having an unmatched level of commitment to developing the next generation of culinary talent. Throughout his career, Paul has become a stalwart of Liverpool’s burgeoning dining scene, helping the city to grow to become the gastronomic hub that it is today, and cementing him as one of the country’s most popular chefs. 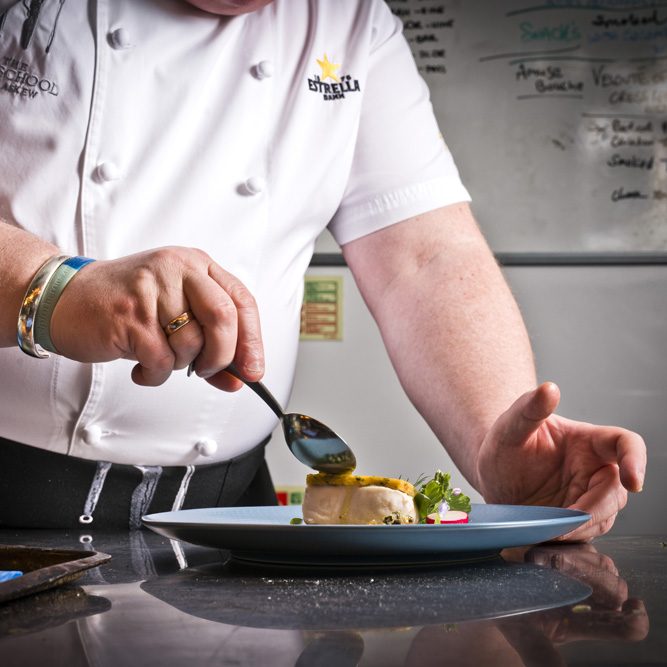 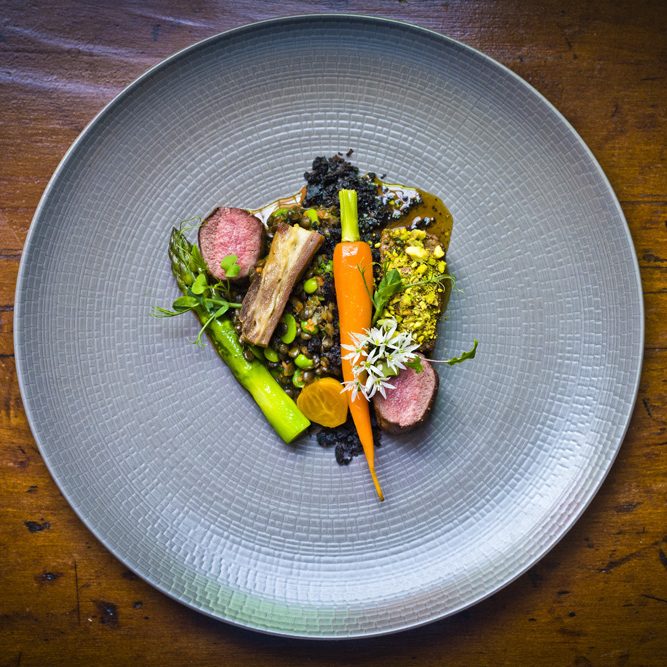 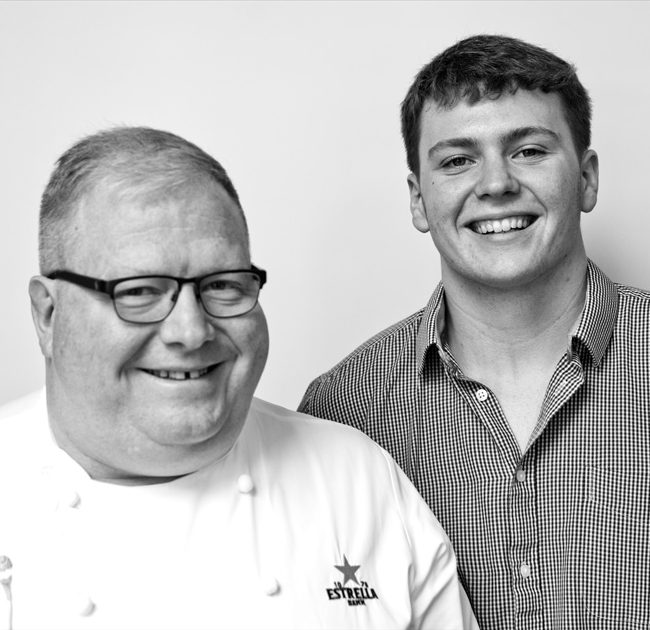 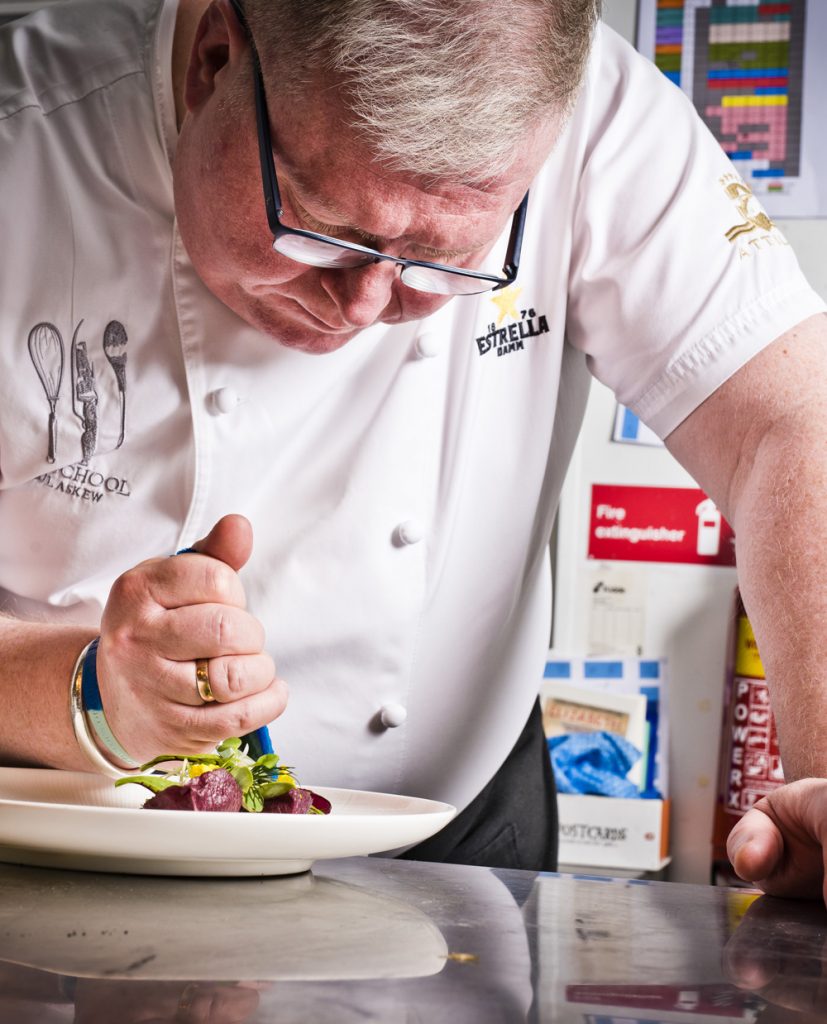 Starting life in Sunderland, Paul moved to the Wirral at the age of 4, before Dubai aged 11, then Singapore with his family. It was here that his fascination with good quality food and ingredients began after being exposed to different cultures and different foods – finding these international cities to be centres of culinary excellence and diversity.

Paul started his career in the industry as a kitchen porter at Thornton Hall on the Wirral, working there during schooldays before attending culinary school from the age of 18. After finishing his training, Paul began working at a local restaurant on the Wirral, where he undertook a three-year training programme with De Vere hotels. During this time, he also worked as a relief chef, a role in which he would move around different hotels and restaurants to shadow chefs and learn key skills and techniques of the trade.

In 1987, Paul moved to New York, where he worked for the Herberts Group of restaurants which owned an extensive outside catering business. This experience taught Paul how to be adaptable as a chef due to the incredibly varied nature of the role; events ranged from a 500-cover sit down dinner to a private event for 12.

Moving back to England, Paul began his first Head Chef position at Wincham Hall in Cheshire, before taking on the role of Head Chef at the newly opened Philharmonic Hall in Liverpool in 1995. He worked here for 7 years, managing a brigade of chefs before moving to join The London Carriage Works and Hope Street Hotel team in 2002.

Paul has appeared on Saturday Kitchen and Sunday Brunch in 2017, 2018 and 2019 respectively, as well as appearing as a mentor on Celebrity MasterChef in 2018. Earlier this year, he appeared on ITV’s Friday Night Fakeaway, teaching busy families not to rely on takeaway food and to prepare healthier alternatives at home.

Paul competed in the North West heats of series 12 of The Great British Menu, scoring the ‘Perfect 10’ for his main course ‘Memories with Marjorie’ from two-starred Michelin Chef Daniel Clifford, on his way to reaching the regional final alongside friend Chef Ellis Barrie.

2017 saw Paul released his debut book, “Onwards and Upwards”, part autobiography, part cookbook, which documents his early years in the industry and the experiences that shaped him alongside 40
stunning dishes from The Art School.

Paul has an unmatched level of commitment to developing the next generation of culinary talent. For over three decades, he has worked with apprentice and trainee chefs, investing time away from the pass to nurture their skills and to encourage success in the industry.

Paul has coached 3 national finalists in Hotel Olympia, 10 different winners of the Young Merseyside Chef of the Year award and 2 winners of North West Chef of the Year. Paul has an unmatched level of commitment to developing the next generation of culinary talent.

Paul is a fellow of The Royal Academy of Culinary Arts and Joint Chair of the Northern Branch alongside his mentor and great friend Steven Doherty of Le Gavroche, having joined the academy in 2006 on invitation from Paul Heathcote. In 2018 Paul judged the National Chef of the Year semi-finals having again been invited by Gary Jones (Head Chef of Le Manoir À Quatre Saisons) and the Craft Guild of Chefs. Paul is a chef and brand ambassador for Estrella Damm and Attilus Caviar and, in 2018, became the first British chef to receive the cape and cap of the order of Le Grand Conseil du Vin de Bordeaux.

He also curated and advised the Bordeaux Festival of Wine – Liverpool after bringing them to the city for a debut festival in 2018. He hopes that these upcoming events in the city will help to develop and show the level of gastronomy on offer in Liverpool. He has been instrumental in helping to secure the Bordeaux Wine Festival for the forthcoming years after outperforming Brussels & Quebec in Year 1, with plans for a sommelier competition, celebrity chef demonstrations and food matching with his industry colleagues.

His ambitions are to lead the positioning of Liverpool on the international gastronomic map in terms of reputation, quality, provenance of ingredients and, ultimately, to drive food tourism to the Liverpool City region. He also wishes to achieve Liverpool’s first Michelin star and to be the first recipient of 3 AA Rosettes in the city, whilst inspiring the next generation of chefs and restauranteurs in the Liverpool City region and beyond.